Once, home networks were primarily the realm of It Gurus — most families either didn’t need or couldn’t afford more than one computer. But now, in addition to using computers for e-mail, people use them for schoolwork, shopping, instant messaging, downloading music and videos, and playing games. For many families, one computer is no longer enough to go around. In a household with multiple computers tablets gaming consoles TV,s everything is getting connected, a home network often becomes a necessity rather than a technical toy.

A home network is simply a method of allowing computers to communicate with one another. If you have two or more computers in your home, a network can let them share:

The different network types use different hardware, but they all have the same essential components:

If you’re thinking of networking the computers in your home, you have several options to explore. In this article, you’ll learn about the different types of home computer networks, how they work and what to keep in mind if you’re considering creating one. We’ll look at the hardware that creates and protects home networks later in this page

The two most popular home network type’s are wireless and Ethernet networks. In both of these types, the router does most of the work by directing the traffic between the connected devices. By connecting a router to your dial-up, DSL or cable modem, you can also allow multiple computers to share one connection to the Internet.

If you’re going to connect your network to the Internet, you’ll need a firewall. A firewall is simply a hardware device or software program that protects your network from malicious users and offensive Web sites, keeping hackers from accessing or destroying your data. Although they’re essential for businesses looking to protect large amounts of information, they’re just as necessary for someone setting up a home network, since a firewall will secure transactions that might include Social Security numbers, addresses, phone numbers and credit card numbers. Most routers combine wireless and Ethernet technology and also include a hardware firewall.

Many software firewalls installed onto your computer block all incoming information by default and prompt you for permission to allow the information to pass. In this way, a software firewall can learn which types of information you want to allow into your network. Symantec, McAfee, Eset and ZoneAlarm are popular companies that produce software-based firewalls. These companies usually offer some free firewall protection as well as advanced security that you can buy.

Networking allows one computer to send information to and receive information from another. We may not always be aware of the numerous times we access information on computer networks. Certainly the Internet is the most conspicuous example of computer networking, linking millions of computers around the world, but smaller networks play a role in information access on a daily basis. Many public libraries have replaced their card catalogs with computer terminals that allow patrons to search for books far more quickly and easily. Airports have numerous screens displaying information regarding arriving and departing flights. Many retail stores feature specialized computers that handle point-of-sale transactions. In each of these cases, networking allows many different devices in multiple locations to access a shared repository of data.

Before getting into the details of a networking standard like Ethernet, we must first understand some basic terms and classifications that describe and differentiate network technologies — so let’s get started!

We can classify network technologies as belonging to one of two basic groups. Local area network (LAN) technologies connect many devices that are relatively close to each other, usually in the same building. The library terminals that display book information would connect over a local area network. Wide area network (WAN) technologies connect a smaller number of devices that can be many kilometers apart. For example, if two libraries at the opposite ends of a city wanted to share their book catalog information, they would most likely make use of a wide area network technology, which could be a dedicated line leased from the local telephone company, intended solely to carry their data.

In comparison to WANs, LANs are faster and more reliable, but improvements in technology continue to blur the line of demarcation. Fiber optic cables have allowed LAN technologies to connect devices tens of kilometers apart, while at the same time greatly improving the speed and reliability of WANs

Wireless technology makes it easy to get rid of the cables and take computing away from the desk. It’s becoming the household norm, and while the technology is advancing quickly, there are some easy things you can do to improve your own wireless connectivity.

How hard is it to set up a network between two computers in my home? 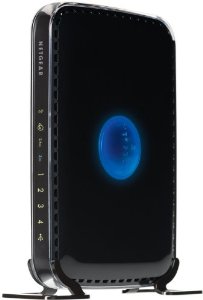 Buying home network hardware, like this hub, is one option for setting up a home network.

One way to do it is to buy and install network cards in both machines if you computers don’t already have built-in cards. You can go to an electronics store and get an inexpensive network card for R200 to R300 these days. You have to open the computer to plug the card in, and then install the driver software. You also have to purchase two network cables ( €10 each) and a small hub/SWITCH/DSL-WIFI Router (from  €100) to physically connect the two or more machines together. Once you get it all together, the two machines should be able to talk to each other.

This approach has two advantages:

It has two disadvantages:

You can solve that second disadvantage setting up a Wireless network instead. They cost more but are very easy to connect to one another.

Another path you can follow you can also use power-line networking to connect your computers.

Once you install the physical network, the Windows operating system makes connecting your computers simple. You can use the Network Wizards to share files and printers. Windows comes with software to share an Internet connection.

Virtual Computer Repairs
4.9
Based on 81 reviews

Dave Betson
07:25 15 Sep 22
Reuben came highly recommended and he certainly lived up to that reputation. Courteous, friendly and very efficient he resolved my PC issues 100% within the 24 hour time frame that he estimated it would take to carry out the work. My PC is now running perfectly. He explained what had been wrong and the steps taken to resolve the issues, and the charge for the work involved was very reasonable. Thank you Reuben.

Matt Dowling
15:30 16 Jun 22
I left my laptop in for a service, and got it back on time, all done and working better than ever. lovely service, no hassle, and very affordable. Pensioners will get a reduction, so go for us all. I would recommend them to anyone. great results

Mario Jelavić
22:53 23 Feb 22
E-mailed about a laptop cleaning service 1 day ahead, came next, got it sorted in same day with amicable care. Very satisfied customer here, Reuben is a trusted professional worthy recommending.

Chris maloney
09:54 09 Nov 21
Reuben is a computer wizard.. He is professional, honest, reliable and he gives great value for money. I am a customer of his for many years and I have never found fault with his service. Recently, he repaired an issue I had with my Microsoft Defender in 10 minutes, something Microsoft Engineerscould not do in five hours over a weekend. He is a great asset to the community and I have no hesitation recommending him.

Tony Waldron
14:57 29 Jul 21
Excellent service at a reasonable price. In 2020 Ruben rescued by self build PC after I went wrong. A few weeks ago I needed a new component fitted so went back there again. Ruben also cleared out all the dust in tge case. I'd recommend this shop.
See All Reviews